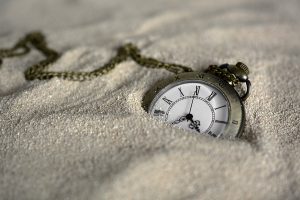 Antique enthusiasts have their reasons for spending so much money on items that are at least a century old. For some, it seems absurd to purchase objects that merely sit in a glass case on display. However, for collectors and unique shops such as Serendipity, there’s always a solid reason for acquiring these items. That being said, let us take a closer look at why antiques mean so much to people that they invest in them.

The Age of the Item

The age of an item defines whether it is an antique or not. What makes people attracted to extremely old items is the fact that whatever they’re purchasing is older than them. It is a unique way of feeling connected to the past, particularly if they are especially interested in a certain era. The image above is, for instance, is an early porcelain wine ewer. Back in the 1400s, China was the only nation exporting porcelain in the world. Since the porcelain wine ewer was made in the 15th century, it’s highly sought after by collectors as it’s one of the earliest porcelain items imported to Europe.

Another reason to get an antique due to its age is the craftsmanship. Almost everything designed before the industrial revolution was handcrafted, thus further connecting the individual to the object. The simple idea that someone at some point somewhere took the time to create an item without the assistance of machines and it still survives is incredible. The craftsmanship of a particular century also usually defines the time period. Design and creation methods change over time and that’s why an ewer made in the 1400s is more valuable than one from the 1600s. Also, the process of making porcelain was different and more complex in the 15th century.

Who has Owned It

Nowadays, we do not war dead individuals’ hair, but people will buy antiques that belonged to a special individual in order to feel more connected to them. In 1960, David Rockefeller purchased Mark Rothko’s Painting White Centre for $8,500. However, when it was put for auction back in 2007, it was estimated that the piece could sell for not less than $40 million.

It does not matter what the object is as long as it is personal to you and brings back your valued memories. Your grandmother’s antique plate collection may not be a souvenir from your travels, but it held great value to her and her memories as a living individual. This can certainly inspire you to keep adding to the collection as homage to her.

As you may have noticed with the above examples, antiques tend to gain value over time. An example of people in this business is Rick Blears and Ruth Shearn. They spend huge sums of money on certain pieces, but this is not always the case for them to make a profit. Back in 2013, they bought a terracotta figurine on eBay for a mere $35. Since the figurine was Cortendorf terracotta and the previous owner did not know the value of the brand, they bagged an antique that continues to increase in value.

Of course, the value of an antique is mostly dependent on age, and this makes them a long-term investment option for those who are patient enough.

The Trill of Find

Another reason why many people today collect antiques is the thrill. When you visit an antique store, you never know what you are going to come across. There are numerous antique shops in every city and if you are looking for a new hobby, this is one that will certainly get you hooked.

And there you have it, some of the main reasons people invest in antiques.