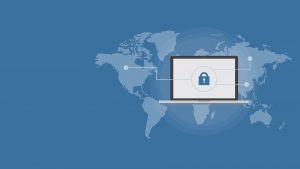 Public health and prosperity has been massively impacted by the COVID-19 pandemic in the UK but it also had a huge impact on the other sectors including the technology, digital and media sector, in particular IT businesses such as Cybermo.

Rise of the Smart Home

In this webinar, it was revealed that the adoption of smart devices has grown massively in the period covering 2nd half of 2017 and first half of 2020. In this period, smart home devices have reached 34% households which means 1/3 of all the households in the UK with the numbers coming to 9.5 million.

In the webinar, we also discussed the growth of subscription services during the lockdown.

However, the gaming industry didn’t feel the effect as 36% of the consumers said that they bought more games in April and the number went up to 39% by July.

There was a substantial rise in media consumption across various formats during the lockdown which is not that surprising as people have been spending a lot of time indoors lately. The data shared during the webinar showed that consumers like to remain informed as more than half of the consumers accepted watching more news in April (54%) whereas 20% consumers said that they spent more time watching documentaries. 9% of the consumers consumed a lot more educational programming and science TV shows (8%). By July, consumer’s appetite for news had gone down significantly as the share of people who watched more news went down to 41% from a high of 54%.

However, what’s interesting is that fewer people trust the news they watch even though substantially more people watch the news. 46% of consumers in the UK claimed that they do not rely on news and this number was 35% before lockdown. 72% consumers were fed up with news programming boring whereas 55% of the consumers found the news to be too negative.

When it comes to entertainment, almost 37% of the consumers accepted watching more films in the month of April whereas 22% of the consumers watched more drama. Lockdown had a massive impact on the nation’s mood and this might be the reason, 13% of the UK consumers watched a lot more comedy whereas 7% chose to spend more of their time watching kids programming. After all, light entertainment is good for much-needed relief in such dark times.