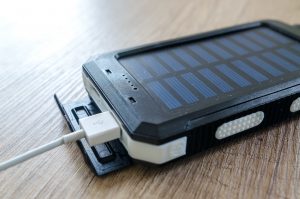 Uninterruptible power supplies (UPS) or PC battery backups can be a valuable addition to your NAS server or desktop PC. They usually sit near the computer and serve as the intermediary for the wall outlet power. Think of the seamless transition to battery power on a laptop when you unplug the AC adapter and you will have a good idea of how a UPS works.

Backups may have multiple outlets for several different devices, while others have LED screens that display voltage information, while other still are budget-oriented and barebones. One thing they all have in common is that they provide emergency backup power for your PC. To help you determine if a UPS is what you need, it is first important to consider a few common reasons why you might actually want to have one.

What Does a UPS Protect Against?

UPS units worth the cost, like those from a battery shop, will generally provide 3 basic services: a battery backup, a surge protector, and a voltage regulator. The battery backup gives the PC sufficient time (5 to 30 minutes depending on your circumstances and UPS) to shut down the regular way, the surge protector handles the blast from something like lightning strikes that get too close, while the voltage regulator helps even out power fluctuations such as those caused by a brownout.

Power fluctuations, such as surges, sag, noise, and outright blackouts can have a profound effect on the hardware found inside your PC. You can think of it like cooking a piece of meat; if it fails to get enough heat, it will not be edible, but if it gets too much heat, it will probably burn into something unrecognisable. It is exactly the same when it comes to your motherboard and hard drive. Even if the hardware is not shocked into retirement, the constant fluctuations are likely to degrade it faster that when it is operating in a typical environment.

A properly functioning UPS should automatically correct voltage thus ensuring that your PC and other devices connected get the right amount of power.

For Your OS’s Sake

Power outages may sometimes cause the operating system to fail completely, particularly if they happen during an installation or update. If you search the Internet for the keywords “power outage Windows won’t boot,” you will come across a long list of people searching for answers to this particular issue.

In the vast majority of instances, the issue requires a full reinstall of the OS and reinstalling Windows can be a hassle if you failed to take the right steps to back up everything. If you wish to completely avoid this problem, you should consider buying a UPS, especially if it is set up to automatically signal the PC to shut down in case of a power outage.

For Your Data’s Sake

Data that’s being written or transferred to an external USB drive can be corrupted beyond recovery in case power foes out during the process. It can be a particularly serious issue if you are operating NAS in your home. Since they are generally in a constant state of writing and rewriting, a power outage can do quite a bit of damage to the server. Having the time that’s provided by the UPS to properly shut down your equipment could mean the difference between a lost cause and a close call.