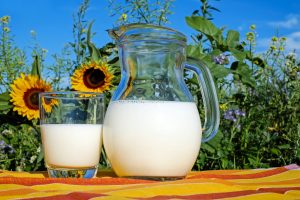 Milking cows using robotic technology reduces the labour demands on any farm size. For farm owners with more than 250 cows, use of this technology not only lowers the cost of labour but it also enhances convenience when milking. The choice to milk cows lies on the farmer. For farm owners who carry out this exercise, barn layouts that provide easy access and exit routes for cows to be milked while offering adequate space near the milking area can improve the speed of milking while lowering the time it takes to get cows to the abreast milking parlour. Since lame cows are milked less often, it is imperative to avoid lameness in your cows especially if you rely on robotic milking technology. You can do this by providing clean and comfortable stalls, ensuring alley floors remain clean and providing foot baths.

If you milk your cows at various intervals, ensuring proper foot bathing as well sorting and handling of the animals can be daunting. To address these challenges and ensure that you do not need extra labour when milking, you can ensure that your barn is designed to ensure efficient movement of cows and that the milking stations are properly separated. Your barn layout and milking protocols should be such that one herd worker can effectively and efficiently complete all tasks alone. A guided milking traffic system and a free system can produce similar results as long as you do not have too many cows and you apply a proper milking protocol. Keep in mind that without a good milking management system, the use of commitment pens and a guided milking traffic system usually leads to long wait times which can lead to stress especially in low-ranking cow breeds. With an improper milking management system, the use of a free traffic milking system can lead to the need for extra labour because there will be a lot of downtime fetching and bringing cows to the milking station. Across Western Europe, many farm owners have adopted robotic milking technology as a way of increasing the milk yield per cow, reducing labour costs and improving the overall lifestyle in farms that have between 40 to 250 cows.

When using one robotic milking machine, fetching a maximum of 2 cows in a barn with a proper layout does not require a lot of effort and the herd worker can combine their milking duties with cleaning stalls. The study however provided more accurate results when it came to the frequency of milking per cow using robotic milking technology mostly because individual farm owners monitored this area more closely. The average milking frequency ranged from 2.2 to 3.2. However, since the results range depending on the individual cow, this average cannot be compared with the results achieved when cows are milked at a fixed interval of 2 or 3 times. Since the start of 2010, the quota policies used by farm owners in Eastern Canada have made it harder to increase cow rearing operations. This means that most farms using robotic milking technology usually have a lower number of cows in each milking station. In a farm with cows that can be milked quicker, farm owners can realise a higher rate of milk production per individual robot even when stalls are occupied at the same rate. According to Tremblay et al. (2016), when robots were used for milking, the average results were as follows: 6.84 minutes/milking on 2.91 milkings per cow, and, 50.5 cows/robot or 147 milkings per day.