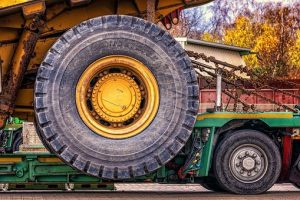 If you’re someone who drives on the motorways or regular roads quite often then you have certainly seen HGVs driving at the same time. Some of those vehicles will have branding that allows you to easily know what they are carrying but others will not which means you really don’t know what they have. Some drivers might choose to make it a car game where they try to guess what is inside when travelling on a long journey. It’s very common for drivers to take the HGV for granted when they see one on the road with them because they’re so common but infact you need extensive HGV training . It’s rare that someone really appreciates how much the economy is dependent on these vehicles and their drivers.

Almost All Goods in The UK Are Transported By Road

The first fact that many people are unaware of is the fact that about 98% of all consumer goods in the UK are transported by road. This includes jewellery, clothing, food, and drinks. The average person doesn’t think about the fact that road transportation is one of the cornerstones of the economy in the UK. Without it, the economy would take a dive. Many of the things that are available in the UK come from overseas and some of the industries that produce those products are worried about how Brexit will impact the trade routes.

The Transportation Industry Produces Hundreds of Thousands Of Jobs

Transporting goods and HGV driving accounts for about 600,000 jobs in the UK. This means that more than half a million drivers are employed because they work in the HGV industry. It is surprising to learn that barely over 1% of those drivers are female. That fact clearly demonstrates that there is some inequality-taking place within the industry. Even though there are an estimated 600,000 drivers, the industry has a shortage of drivers, which leads to a number of delays. Many of the available positions go unfulfilled which means about 36% of the available jobs are not filled. Some in the industry say that as much as 15% won’t ever be filled.

Lots of Employment In Haulage

Since a big part of the economy in the UK is tied to the trailers being pulled by HGVs then it shouldn’t be a big surprise to find out that haulage, in general, is a huge employer of UK residents. This is because the industry doesn’t only use drivers as part of the process. The trailers have to be loaded and unloaded from the HGVs and at warehouses. This work requires managers and transportation planners as well as a host of other positions. The haulage industry in the UK employees about two and a half million people. This means that it represents the fifth largest employer in the UK just behind the military and the NHS.

The Money Is In Haulage

It’s not just one of the largest employers but the sector itself is worth quite a lot of money. One estimate suggested that the industry is worth £124 billion to the overall economy in the UK. This clearly demonstrates that there’s no exaggeration when it is suggested that the industry is a major player in the economy. Every single year this industry brings a lot of money to the UK and the amount that it brings is increasing. The one concern that experts have is not being sure what the future will be for the industry because of the concerns surrounding Brexit.

People of All Demographics Are In The Industry

Driving an HGV is something that people of various demographics do. There are those who once sold insurance, there are men and women who drive, and there are those that have never done any other type of job. The average driver of an HGV is 48 years old. It’s estimated that 13% are EU Nationals which means that after Brexit, they have no guarantee of residency.

HGV stands for ‘heavy goods vehicle’. What is the heaviest? There are now more than half a million commercial vehicles registered that are over 3.5 tonnes. Half of those are driven by members of the Road Haulage Association, which manages the quality of their drivers.